1.  ” ‘I Can’t’ ” said the ant” is great children’s book with social problem-solving in action! An ant hears a noise, and finds that a teapot has fallen to the floor in a kitchen. The little ant tries to get the teapot back up on the counter, but it is just too heavy for him. He then thinks to call his friends to help solve the problem.

“I gathered my friends
And told them the trouble.
We spread the word
And came back on the double.
There was an army of ants
And a spider or two.
We quickly made plans
On just what to do.”

Together they solve the problem, making use of the spiders’ ability to spin webs, and the overall strength of the entire group pulling together using a scientific principle of leverage. This story has a nice addition of sidebar comments from nearby items in the kitchen, encouraging the group not to give up and to keep on trying!  The addition of two spiders to the fictional story adds a nice touch of diversity in groups solving problems!

This lesson can begin by reading to the children a nonfiction book about ants, so that everyone can see how ants work together in their colonies. 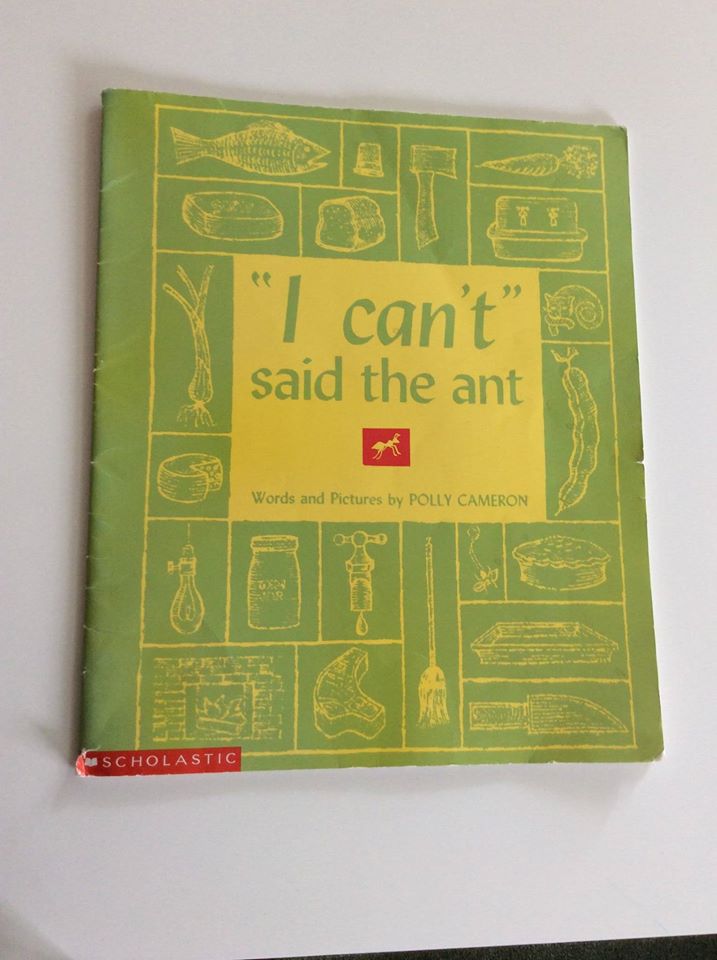 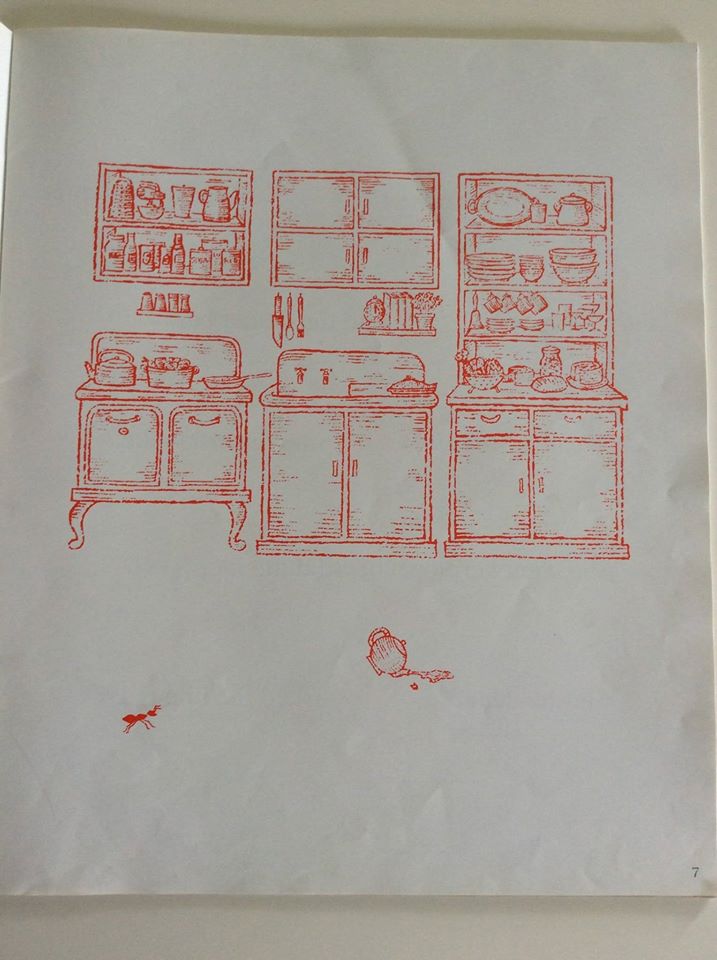 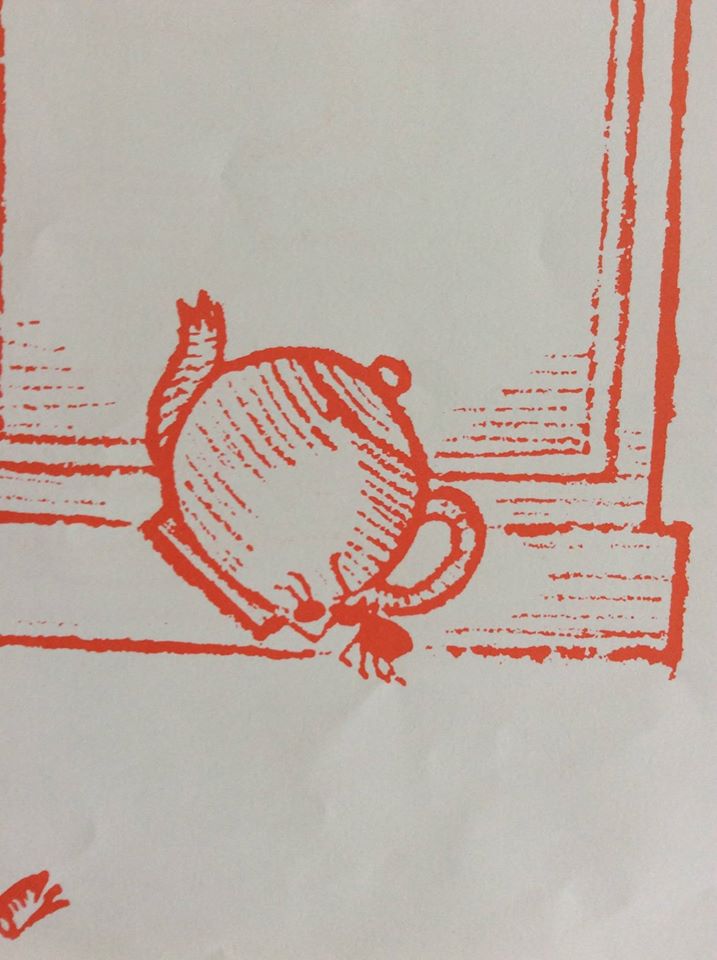 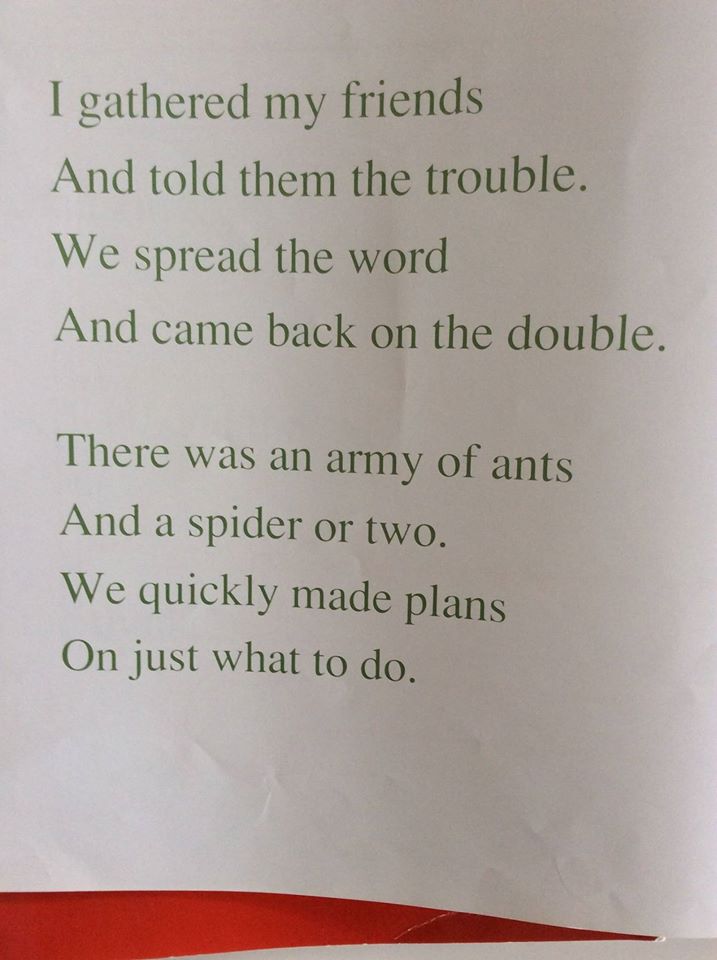 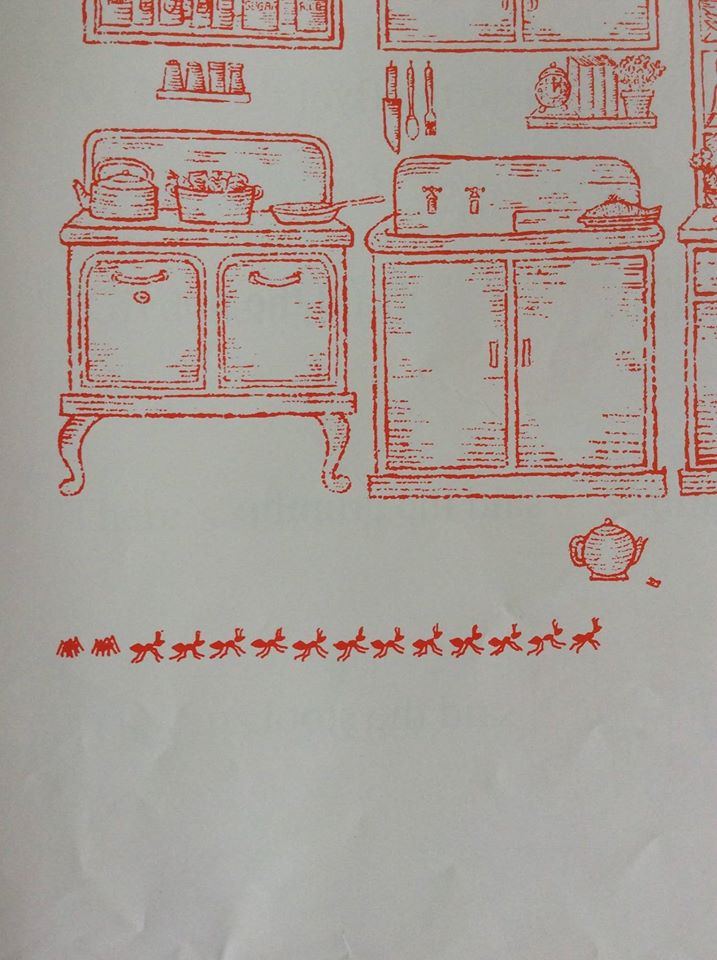 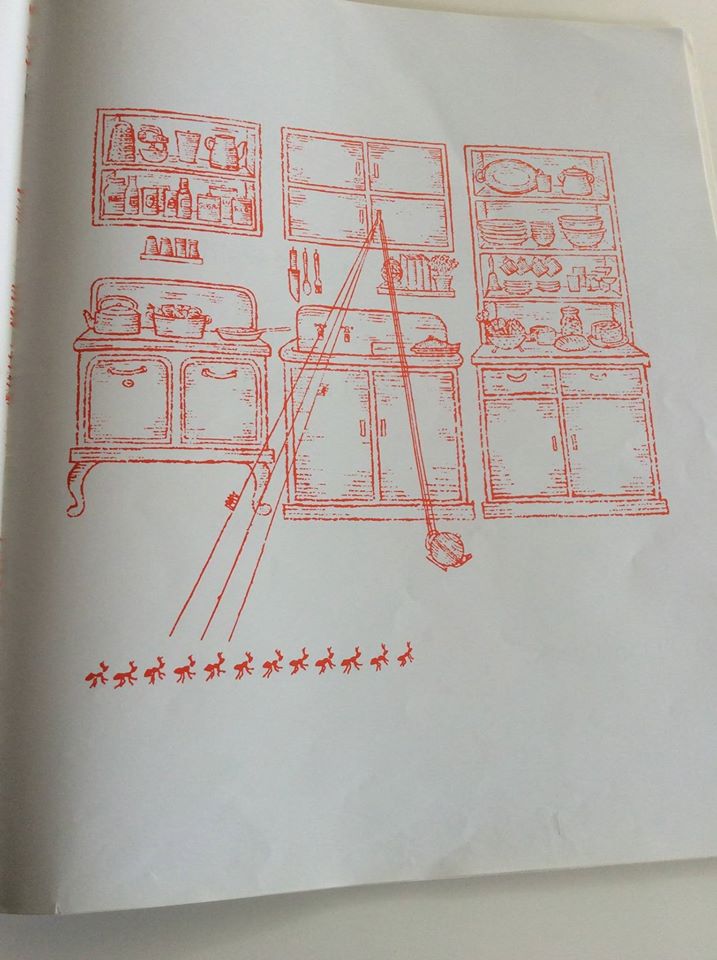 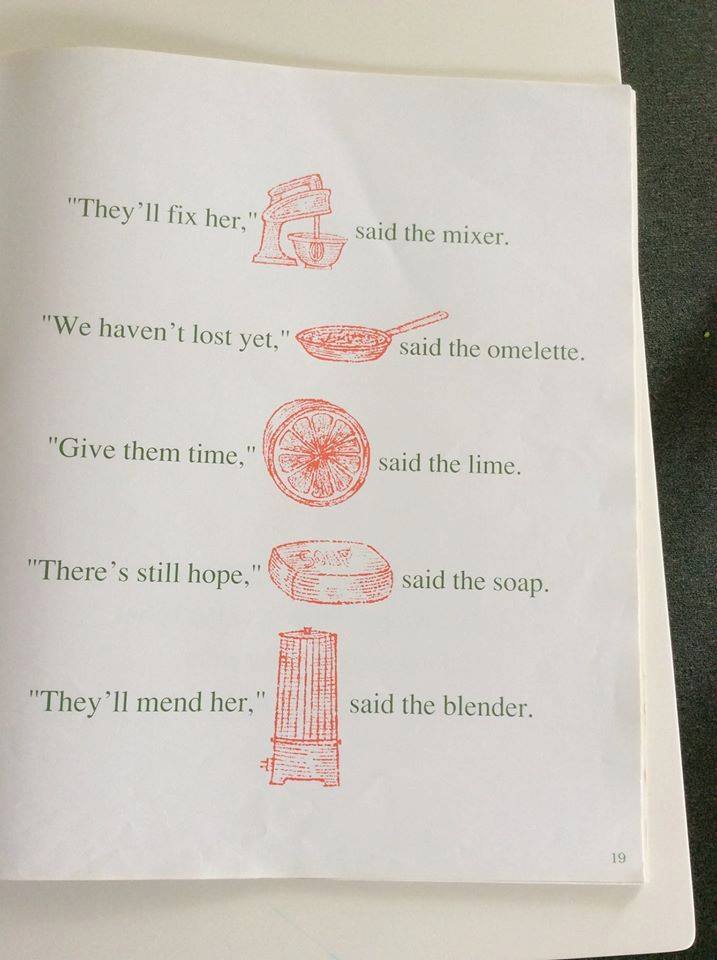 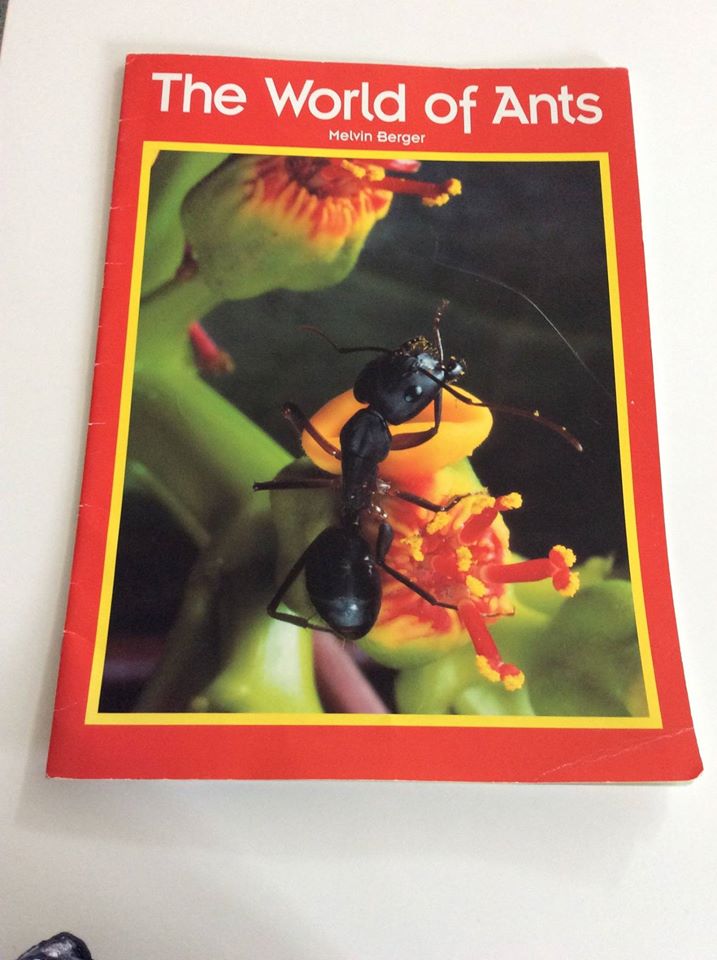 2.  Problem-solve How to Make Pancakes and then make some! 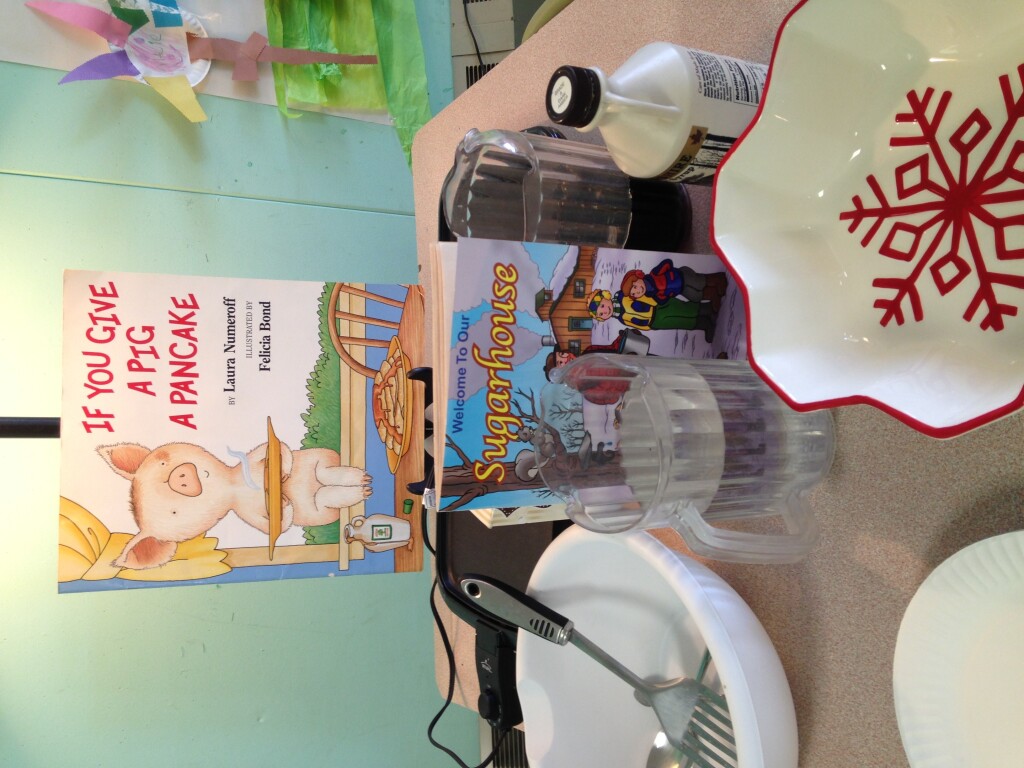 3.  Leo Lionni’s Frederick is an excellent tale of differing perspectives. 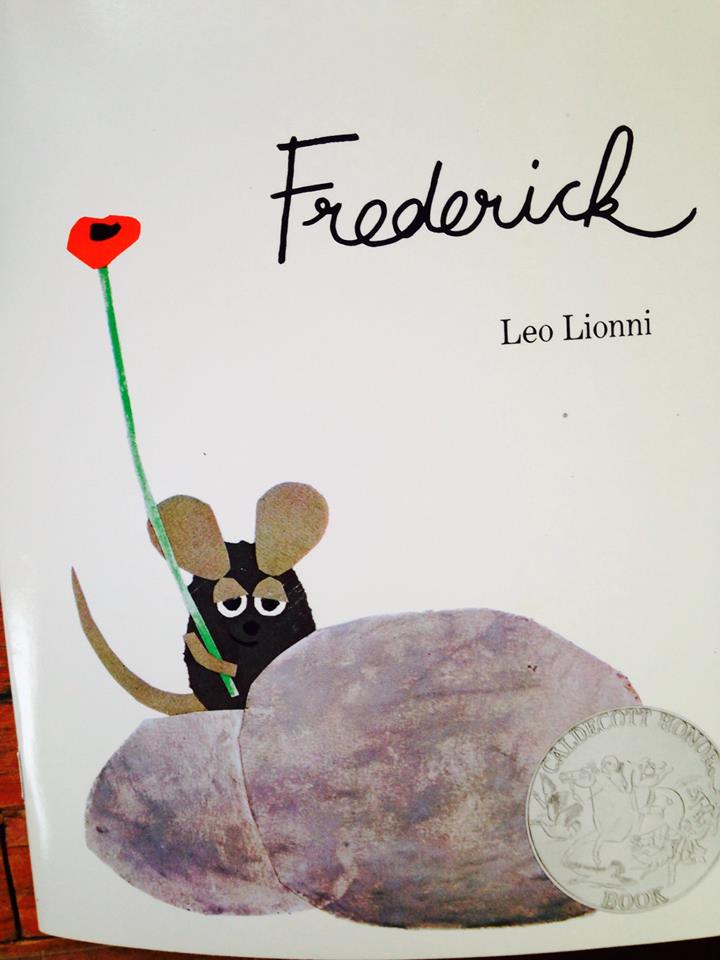 In this story, mice are gathering food for the winter.  One mouse, Frederick, is noticeably not doing this.  However, he contributes in the end by entertaining the group with stories during the long winter.  So, he contributed in his own way, in a manner no one expected! 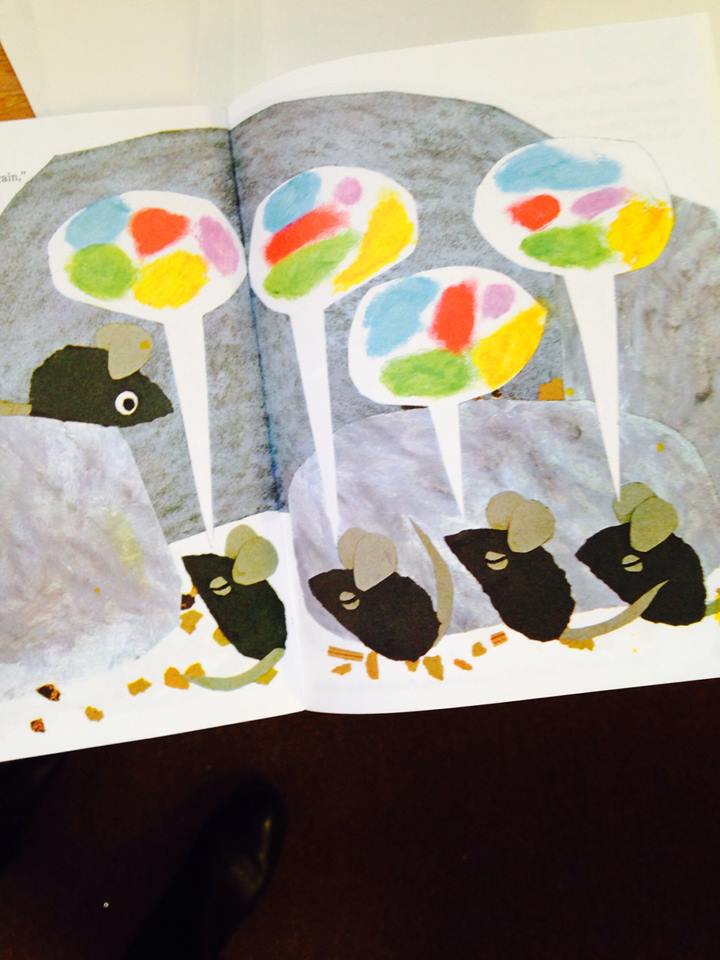 Here we have a rendering of Lionni’s work by children ages 4 and 5.  They enjoyed painting and cutting out the rocks, and creating the differing “thought bubble” conversations! 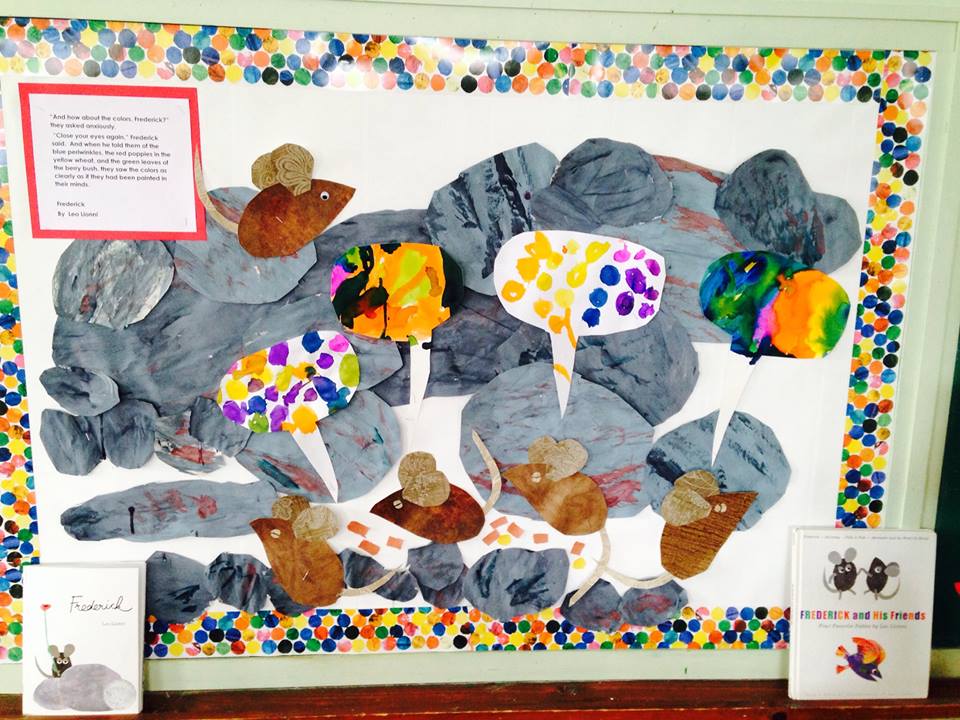 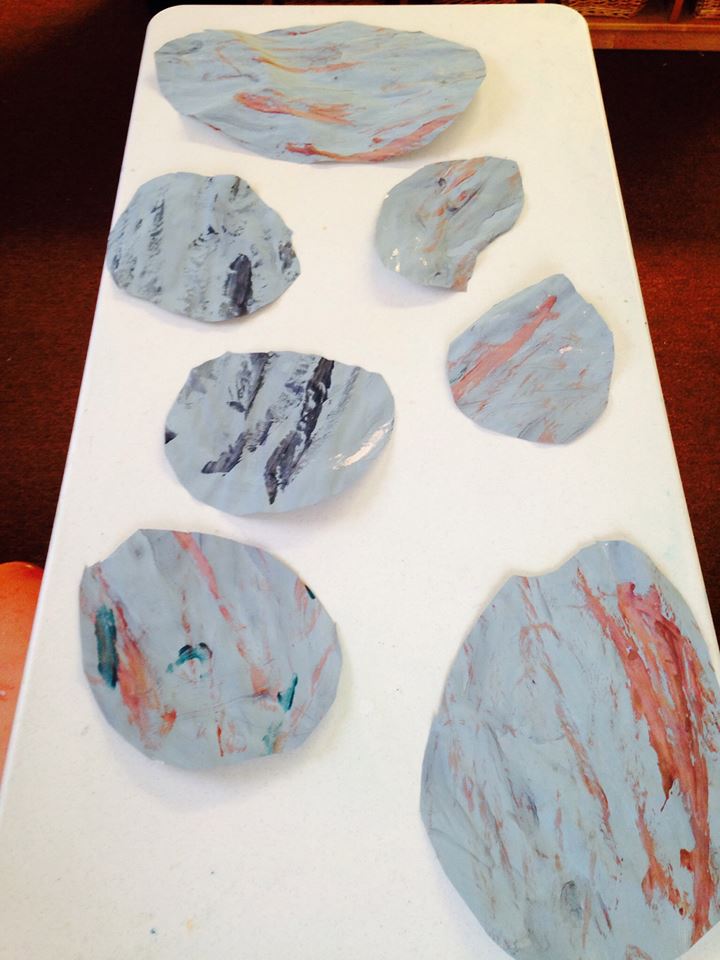 4.  The Norwegian tale of The Three Billy Goats Gruff is an excellent piece of literature on problem-solving.  Sometimes you have to get your “big brother” to take care of the issue!  Children can reenact the story with manipulatives, puppets, or a drama using themselves!  One class made goat horns out of newspaper for people, so they could pretend to be the goats! 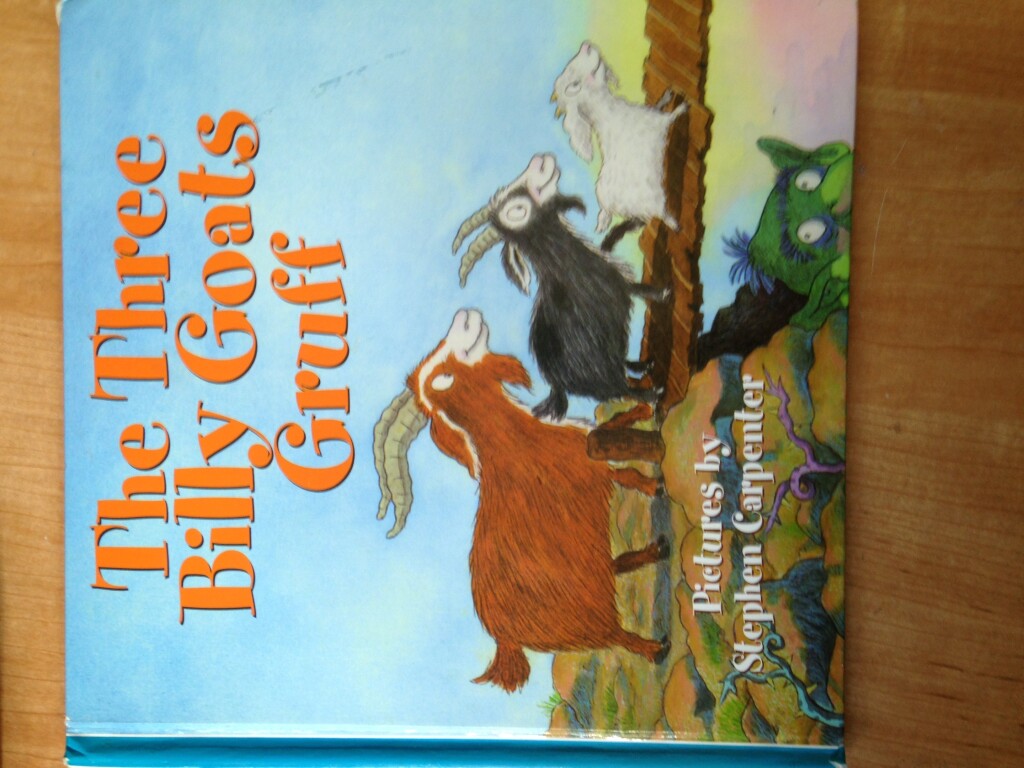 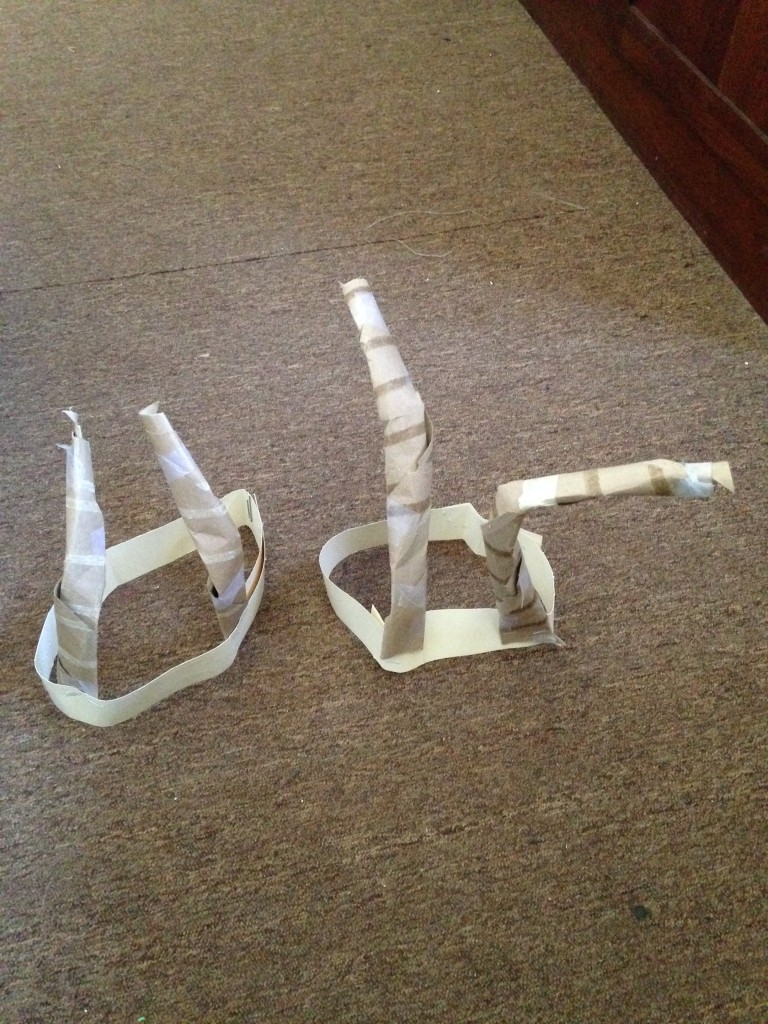 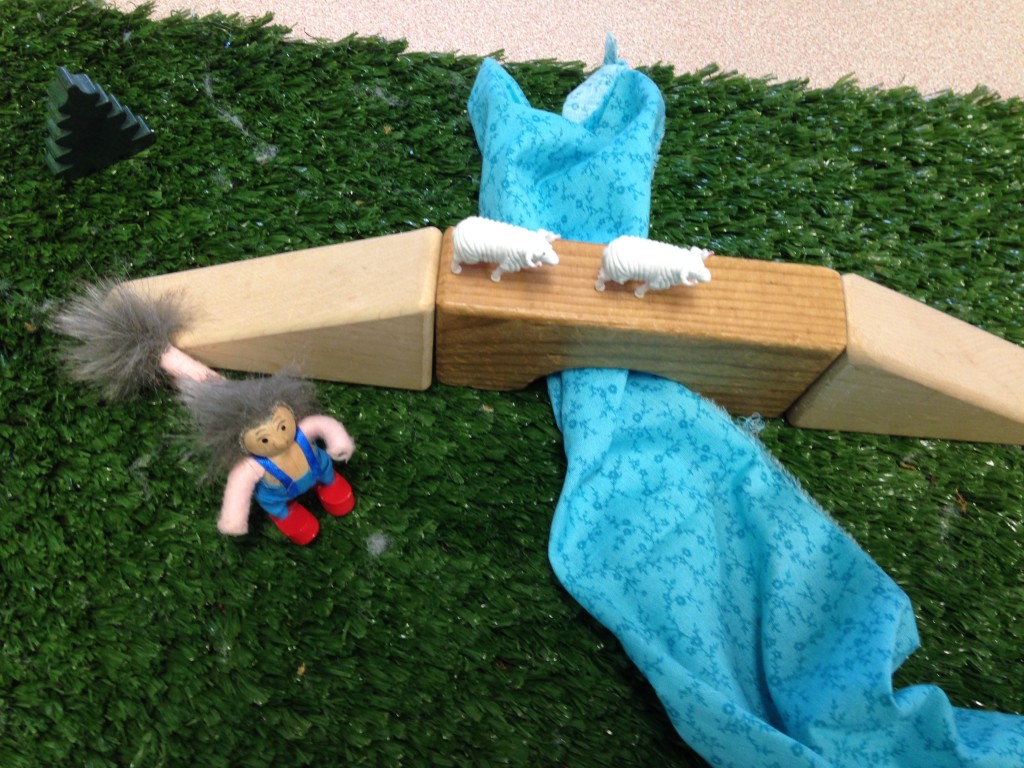 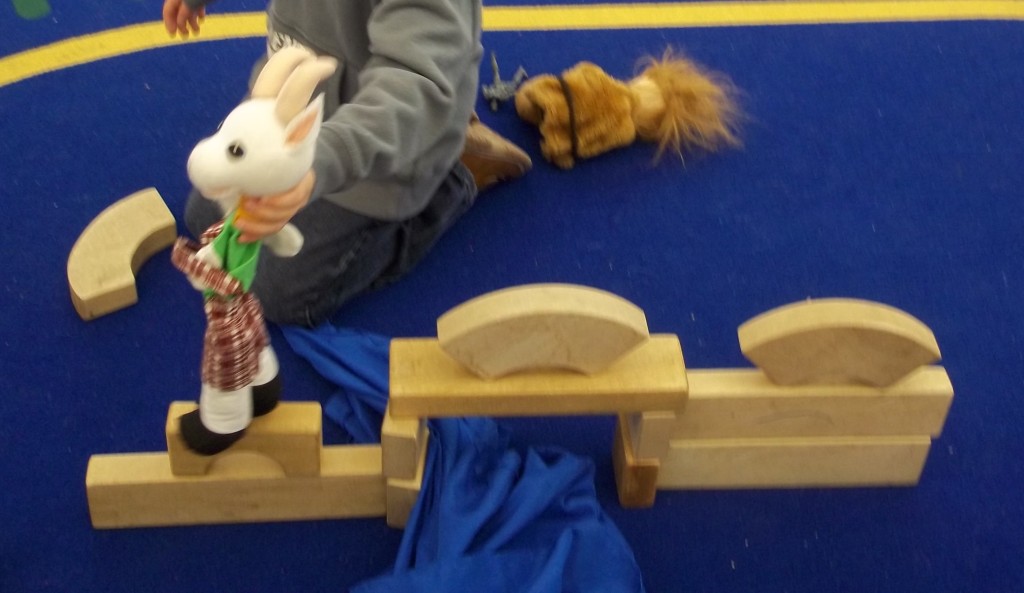 5.  Here are two versions of stories where someone is asking help of others.  Great to compare and contrast!  The story called “The Little Red Hen” is the classic version where no one will help her bake the bread, so she eats it herself.  The story called “The Four Friends” is from Bhutan.  In this case four animals help each other, and by doing so are able to reach a high-hanging fruit.  You can get these stories here: http://www.starfall.com/n/level-c/folk-tales/load.htm?f  from the Starfall.com website.  Making a Venn Diagram with the children comparing the two stories is an excellent idea! 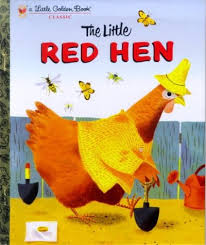 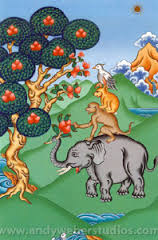 6.  This horse was built by the children on their own in the block section of a classroom after their teacher read a book from a series about Blaze, a horse.  One child was very interested in getting just the right block for the head! 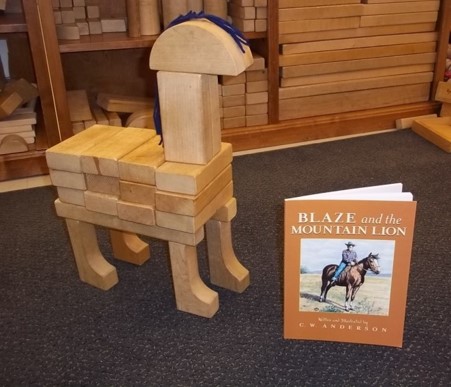 7.  These children are reacting a story from Taiwan about how a carp turned into a dragon! 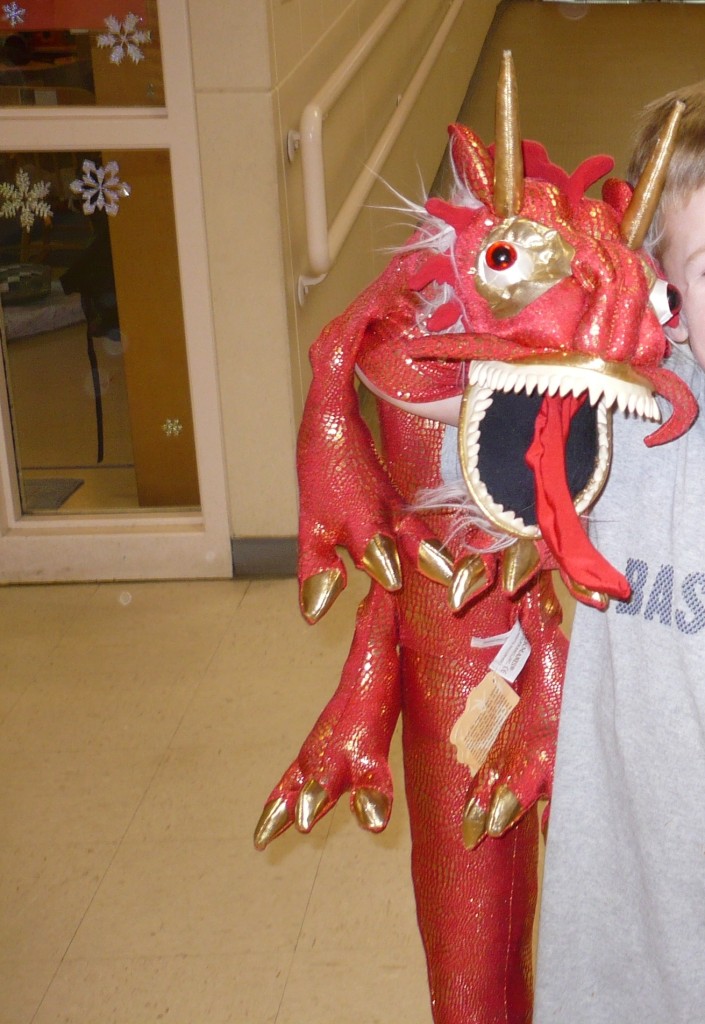 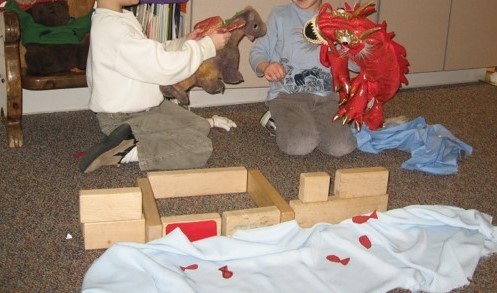 8.  This child is reenacting the folk story of The Snow Child – where a family figured out how to make a child from snow when they were unable to have one on their own. 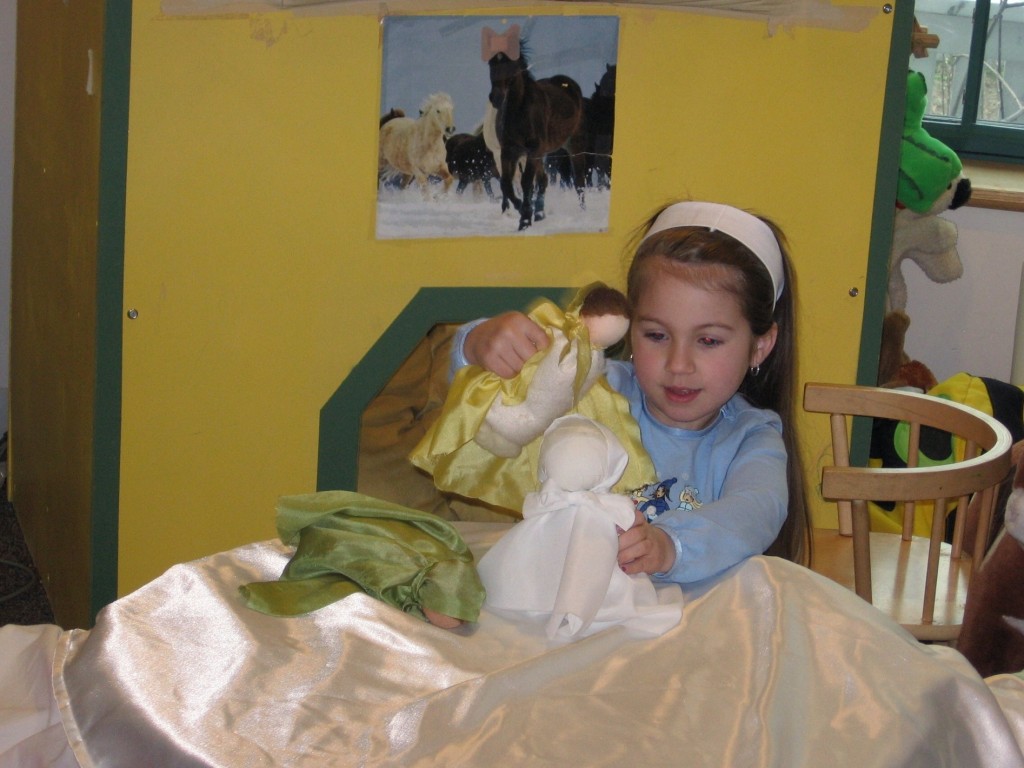 9.  Here children are using Shadow Puppets to tell a story. 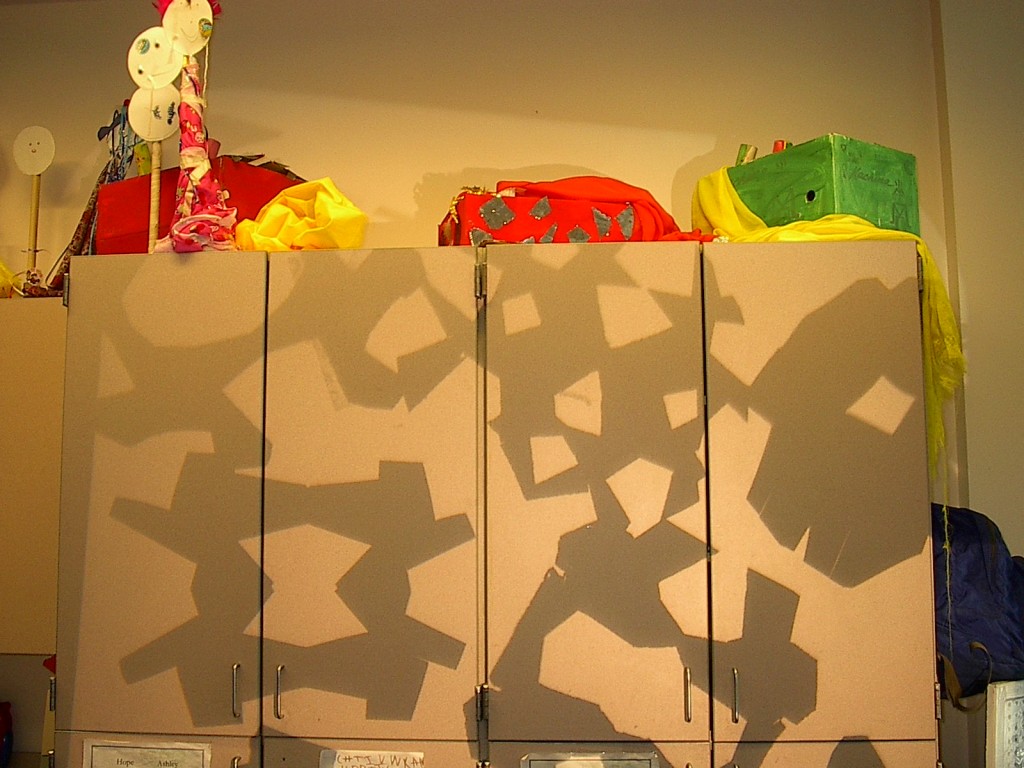 10.  After reading Sunflower House by Eve Bunting, a book suggested by one of the parents,  the children in an early childhood center wished they could have a sunflower house, too!  They brain-stormed with their teachers how to make that happen in their playground garden!  The past year they had grown sunflowers in a row.  An example of one of their mammoth sunflowers is shown below.  This year they figured out how to design the planting so that it would form a sunflower house.  Children used seeds from the past year’s sunflowers to start this year’s plants during the winter, to be ready for spring planting outside. 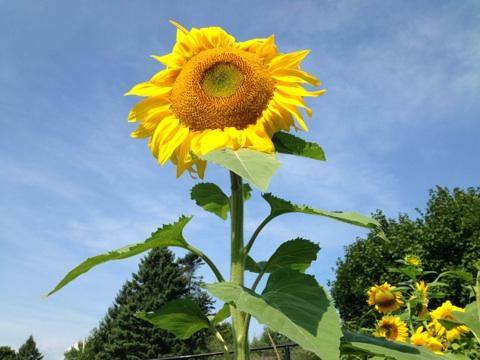 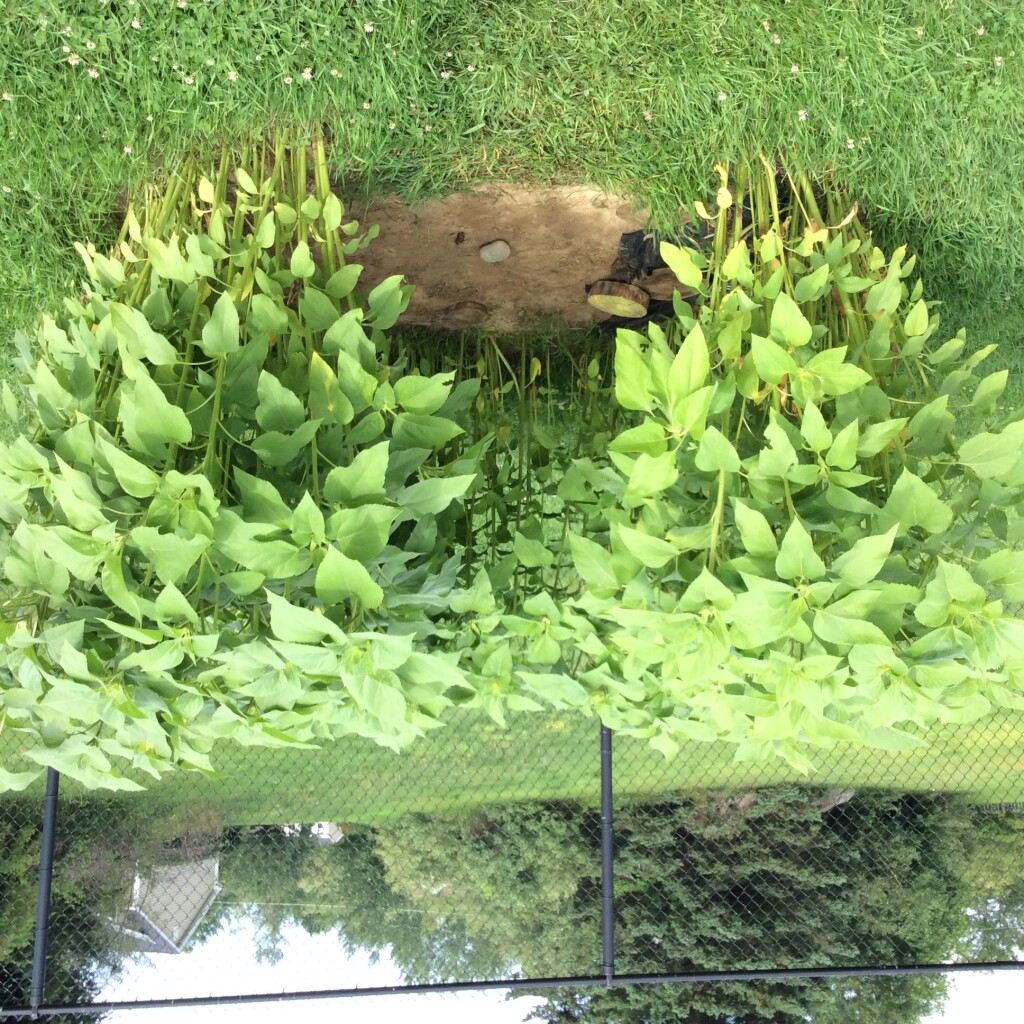 11.  Here we see collaborative emergent curriculum, as the children design a city together. 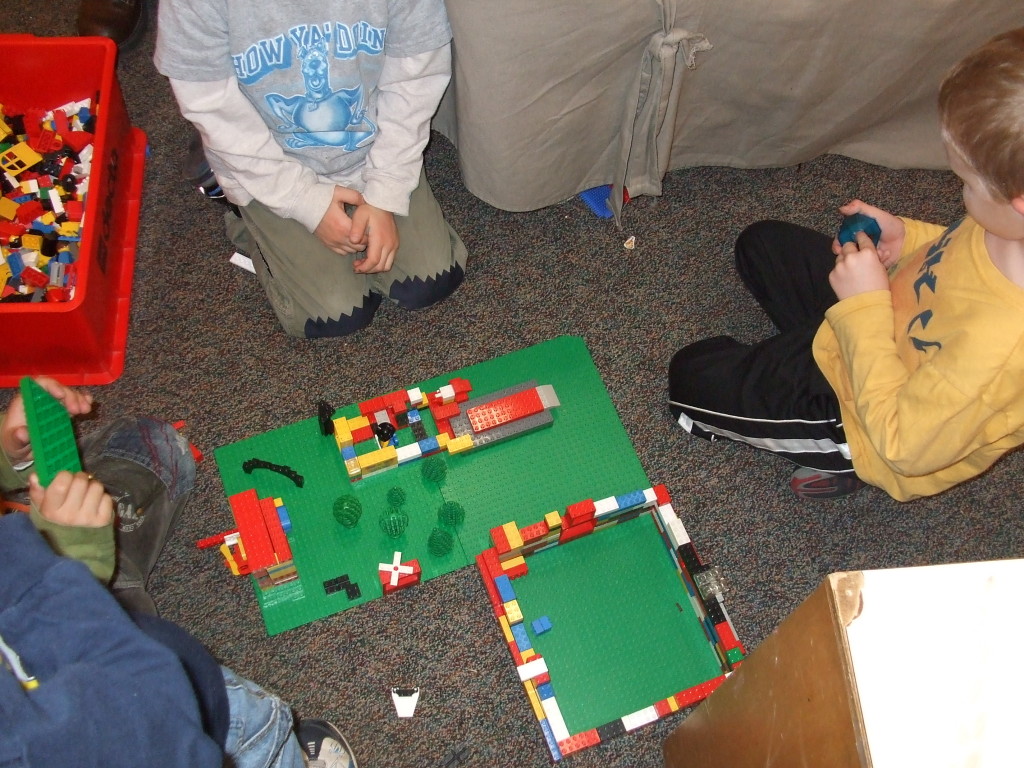 12.  Here the problem to be solved was what to do with left0ver Meow Mix cups! 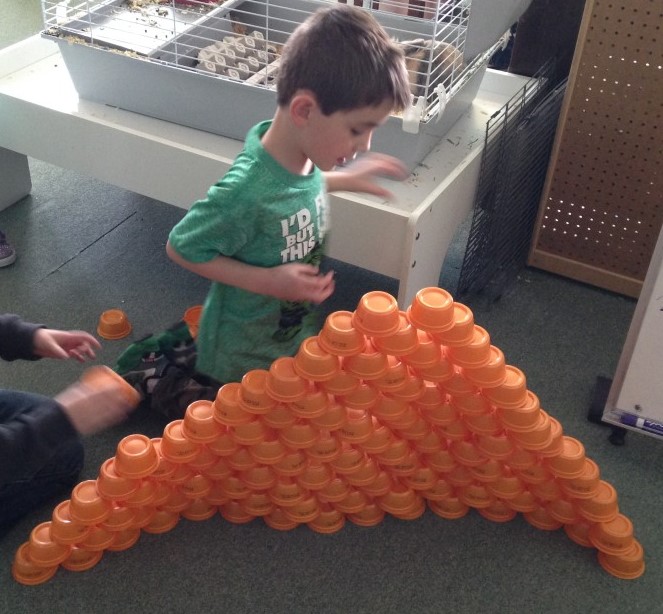 13.  “Teachable Moments” really matter, as capturing the interest of the children in something they are invested in makes the learning opportunity so much stronger.  (Information goes into long term memory faster when it has an emotional connection to it.)  Here is an emergent problem-solving experience that ended up with a “teachable math moment,” as told by one of the teachers:  “We had a wonderful emergent social problem-solving activity today! When we were cleaning up the room, we found three puzzle pieces on the floor. The problem was to find the puzzle these pieces belonged to – out of numerous puzzles belonging to the center. The problem seemed very difficult. The colors on the pieces were pink, and there was a flower or two – but other than that, not much more to go on. The problem was solved using both child and teacher input (a little Vygotsky “scaffolding”…).

As the children studied the pieces, one child jumped up and said she remembered which puzzle the pieces went to! She ran over to the shelf and pointed to a 24 piece puzzle of Dora the Explorer. Everyone cheered, thinking the problem was solved! However, there were two copies of this puzzle. Two boxes with 24 pieces, if every piece was present.

I saw a “math” moment here, and asked the children to count the pieces in each puzzle. They did. Some children weren’t able yet to count to 24, but when they all counted together as a unit, those who knew the numbers carried the others along. It was really very exciting to see one puzzle come up to 24 pieces, and the other to only 21. We then investigated how many more pieces the 21-piece group needed to get to 24. A nice answer emerged! 3 pieces! The missing pieces!” 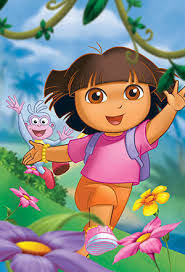 14.  This is a remarkable book. It’s about understanding that an idea may come to you, and how to give this idea voice and opportunity to change the world for the better. One’s idea may come up against opposition, misunderstanding, ridicule, or other barriers, but staying on a steady course with your idea pays off in the end. What a great concept this would be to engage our children with – giving their ideas “some space to grow, and to see what happens next.” Problem-solving is all about generating new and innovative ideas. When our children are engaged in problem-solving, they need to be confident in the ideas that come to them, and be courageous in putting these ideas out on the table!

This book says, “I liked being with my idea. It made me feel more alive, like I could do anything. It encouraged me to think big…and then, to think bigger.” “It shared its secrets with me. It showed me how to walk on my hands. Because it is good to have the ability to see things differently.” “Then, one day, something amazing happened. My idea changed right before my very eyes. It spread its wings, took flight, and burst into the sky.” “I don’t know how to describe it, but it went from being here to being everywhere. It wasn’t just a part of me anymore…it was now a part of everything.” “And then, I realized what you do with an idea…You change the world.”

This article mentions doing a “Problem-Solving Routine” with children. This is exactly what we have been working on the past two weeks. When a situation occurs, the children know to “start the routine.” First: Define the problem. Second: Brainstorm solutions. Third: Choose a solution. Fourth: If that solution doesn’t work, choose another! (Today a boy skinned his knee on the playground. He was very upset, and refused a bandaid as he can’t stand to have any kind of tape or adhesive on his skin. We brainstormed solutions as to how to cover the wound. The situation was resolved with gauze wrapped around the knee, and tape applied only to the gauze!)

“When children have episodes of successful learning and of overcoming challenges, they gather evidence that they have the power to influence the outcome of a situation.”

“Children don’t have a lot of experience solving problems independently, so their toolbox isn’t particularly well stocked; with practice and support, their inventory grows.” We take this a step further, and solve problems socially as well as independently!

16.  The Itsy Bitsy Spider song!   Some problems can be solved by simple waiting for awhile!

The Itsy Bitsy Spider went up the water spout.

Down came the rain and washed the spider out!

Out came the sun and dried up all the rain

And the Itsy Bitsy Spider went up the spout again! 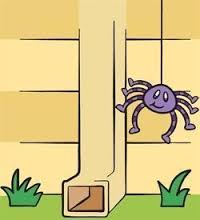